Why the University of Granada? 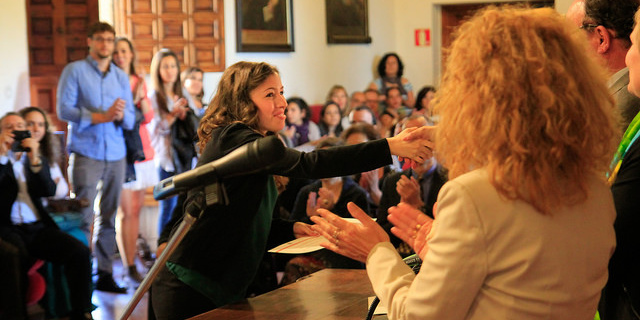 National and international rankings reflect the UGR’s outstanding position among the top universities in Spain and the best in the world. The last Shanghai Academic Ranking of World Universities (ARWU) — the most influential system of its kind on the globe — places the UGR as the number 1 university in the south of Spain and as the fourth-highest ranked institution at the national level.

In the last ARWU, 3 subjects taught at the UGR are among the global top 50 and 35 subjects in total feature in the ranking. Five of these UGR subjects feature among the world top 100. 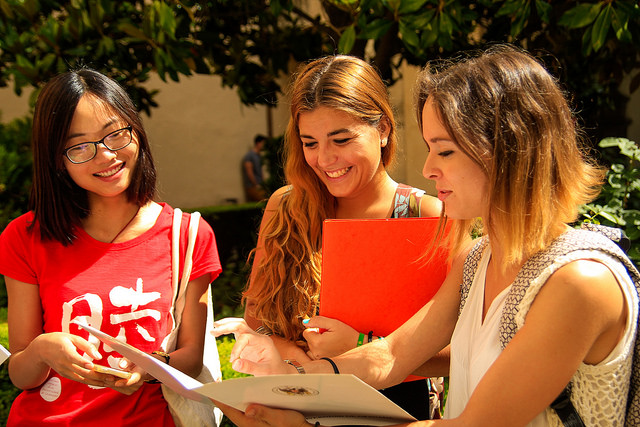 The UGR is the most popular destination among European exchange students (Erasmus+) and the European leader in figures of both incoming and outgoing Erasmus students. It is a welcoming cosmopolitan university: about 10% of the students enrolled on our undergraduate programmes and 23% of our postgraduate students are international.

We also give our students the opportunity to take part in an extensive range of international mobility programmes, thanks to the diverse exchange agreements we maintain with higher education institutions in over 80 countries. 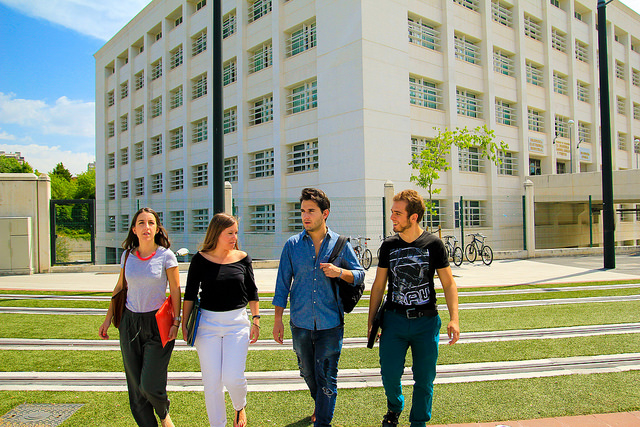 Granada is, first and foremost, a university city. It has a population of 240,000 people, 70,000 of whom are students, lecturers, and administrative and service staff at the UGR, meaning that almost 1 in 3 inhabitants is directly linked to the University. This has given rise to the development of a modern, multicultural and vibrant study destination that welcomes people from all backgrounds. We also have campuses in the North African cities of Ceuta and Melilla, making our university a truly intercontinental institution. Moreover, Granada is one of the least expensive cities in Spain, while it is commonly regarded as having one of the highest levels of quality of life.

An extensive range of programmes 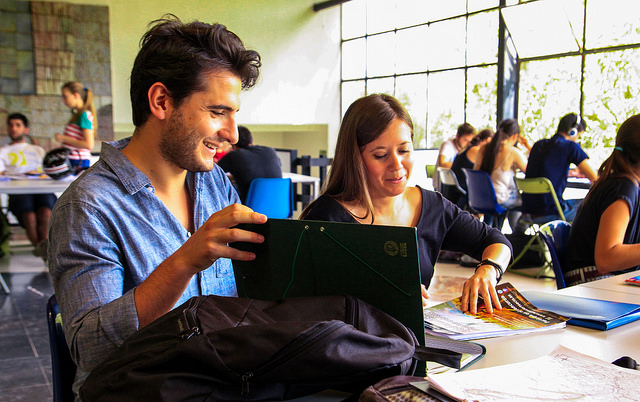 The UGR offers an extensive selection of high-quality academic programmes with a clear international vocation. In the academic year 2019-2020 the UGR will offer: 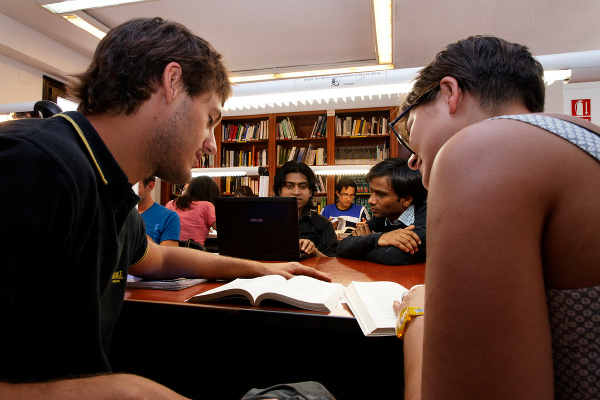 As a UGR student, you can learn Spanish and other languages alongside 10,000 local and international peers who enrol each year on courses offered by the UGR’s Modern Languages Centre, Confucius Institute (Chinese) and “Russkiy Mir” Russian Centre.

Spanish is the world’s second-most spoken native language (after Mandarin Chinese). In the current global marketplace, the ability to speak Spanish is increasingly viewed by employers as a highly valuable asset. Learning Spanish will not only open the door to new culture and experiences, but to a vast range of employment prospects and opportunities for further study.

Granada, a safe modern city, also has an outstanding geographical location just 40 minutes from the Mediterranean Coast with its tropical climate, and 30 minutes from the Sierra Nevada ski resort. The world-renowned Alhambra and Generalife palaces, which form the backdrop of Granada’s cityscape, are widely regarded as being among the most outstanding examples of Islamic architecture in the world. In 1984 these palaces — along with the labyrinth-like historical quarter known as the Albaicín — became UNESCO world heritage sites, further adding to Granada’s reputation as one of the most beautiful cities in the world. 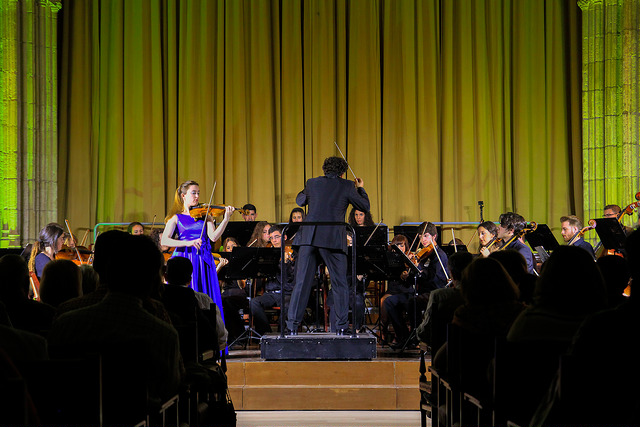 Thanks to its rich historical and cultural legacy, and to the presence of a pro-active university community at the UGR, Granada has firmly established itself as a vibrant cultural hub. It currently boasts a wide variety of cultural activities, including festivals of flamenco, jazz, tango, theatre, poetry, magic, classical music, and dance. 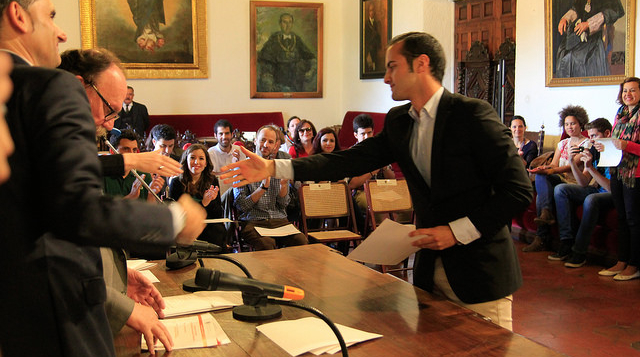 Graduate prospects for UGR students are favourable for a number of important reasons.

Upon successful completion of your programme, you can request a European Diploma Supplement (DS) to accompany your degree diploma, further enhancing the recognition of your academic qualification abroad. The Diploma Supplement is issued by universities in line with standards set by the European Commission, the Council of Europe and UNESCO, and is also a Europass tool.

Most undergraduate degrees at the UGR include internships in companies, NGOs or other organisations, ensuring you acquire the leadership, communication, and teamwork skills needed to progress in today’s globalised labour market.

The Employment and Work Placement Office (CPEP) provides employment support services during and after your time at the UGR, ensuring you acquire the skills required for today’s globalised labour market and are provided with adequate career advice. Most undergraduate courses at the UGR include internships in companies, NGOs or other institutions in order to facilitate your insertion into the labour market upon completion of your studies. 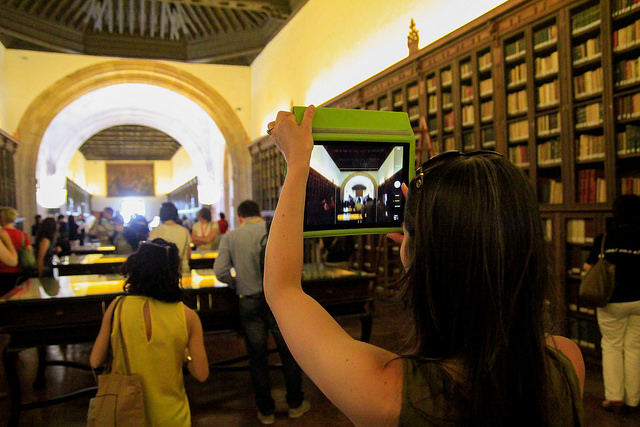 As the University is at the heart of the city, Granada provides incoming students with an unbeatable range of services, activities and facilities, covering all aspects of university life (sports, physical and mental well-being, refectories, high-speed Wi-Fi, disability services, etc.)

We also provide 19 well-stocked libraries that are spread out across the city, meaning that a comfortable study environment is always close to home.