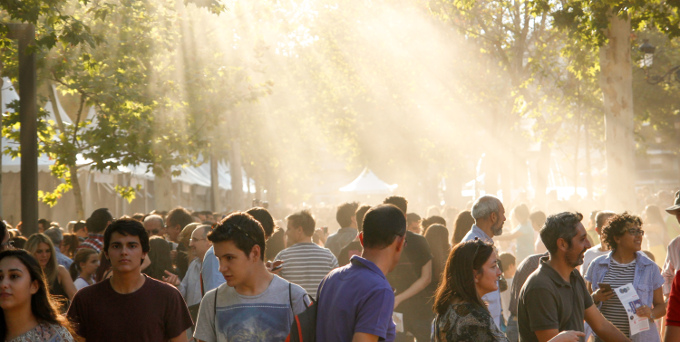 Granada is, first and foremost, a university city. It has a population of 240,000 people, 75,000 of which are students, lecturers, researchers and administrative and service staff directly linked to the UGR, meaning that a staggering 1 in every 3 inhabitants of Granada is directly linked to the University. As a result, a lively student atmosphere has flourished in the city, giving rise to the development of a modern, multicultural and vibrant study destination that welcomes people from all backgrounds.

The UGR’s 5 campuses in Granada and its other educational centres are spread out across the city, giving it an unmistakable university feel. The remaining two campuses are found in the North African cities of Ceuta and Melilla, making it a truly intercontinental institution.

As the University is at the heart of the city, Granada provides incoming students with excellent sports facilities, along with a wide range of cultural activities. It is also one of the least expensive cities in Spain, while it is commonly regarded as offering one of the highest levels of quality of life. 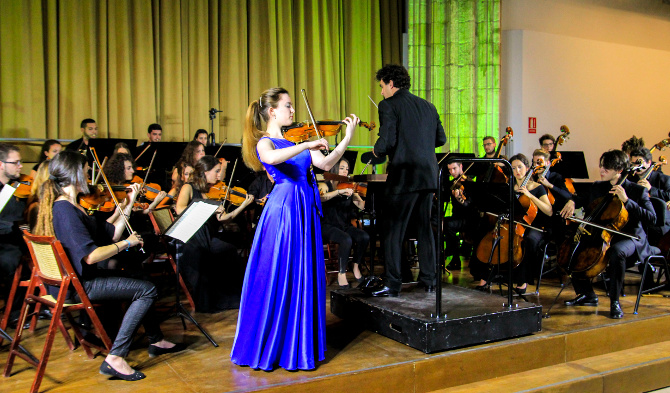 Thanks to its rich historical and cultural legacy, and to the presence of a pro-active university community at the UGR, Granada has firmly established itself as a vibrant cultural hub. It currently boasts a wide variety of festivals that take place throughout the year, such as: 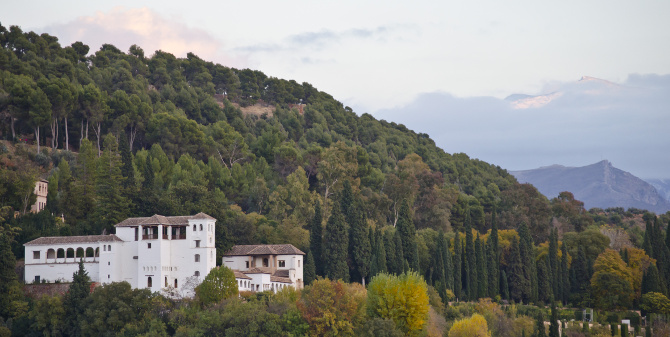 The city’s location is arguably unsurpassed in southern Europe. The highest mountain in the Iberian Peninsula, Mulhacén (3482 m), is located just 35km from the city, while the subtropical coast is just 65km away and can be reached by car in under an hour. This means you can enjoy mountain sports like skiing and snowboarding and bathe in the Mediterranean Sea all in the same day. The towns and villages dotting the coastline, such as Motril, Salobreña and Almuñecar, offer scenic beaches and exceptional weather throughout the year.

The surrounding towns and villages, such as those found in the mountainous Alpujarra region to the south, offer cultural diversity and stunning scenery.

Granada and these surrounding towns offer a wide range of sports and leisure activities, such as skiing, mountaineering, hiking, rock climbing and water sports such as kayaking, water-skiing and windsurfing. The UGR's Sports Centre (CAD) offers courses in all of these areas. 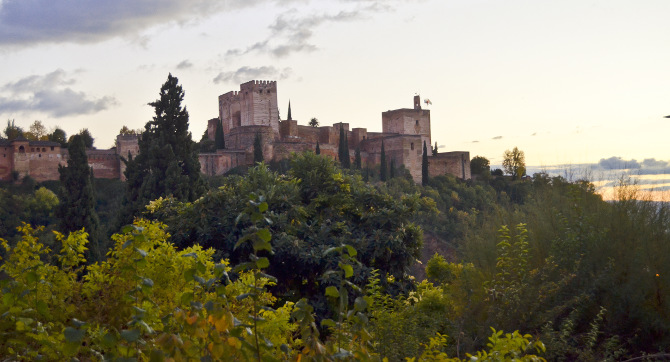 As well as working constantly to enrich the city culturally, the UGR is fully committed to its policy of recovering, restoring and conserving buildings of historical worth in the city. “La Madraza” (1349), “Hospital Real” (where the UGR’s Rectorate is located) and the Faculties of Law, Communication and Documentation, and Translation and Interpreting are all housed in spectacular buildings of considerable historical worth.

Once the capital of the Nasrid dynasty, Granada was the last Muslim stronghold in Western Europe right up until it fell to the Catholic Monarchs in 1492. Jews, Muslims and Christians once lived together in relative harmony in the city and the architecture has been strongly influenced by each of these communities.

During their reign, the Nasrids bequeathed Granada with spectacular Moorish architecture, much of which remains intact today. The world-renowned Alhambra and Generalife palaces are widely regarded as the most outstanding examples of Arabic architecture to date. In 1984 these palaces, along with the labyrinth-like historical quarter known as the Albaicín, were officially declared UNESCO World Heritage Sites, further adding to Granada’s reputation as one of the most beautiful cities in the world.

The Cathedral and the Royal Chapel, where the Catholic Monarchs are buried, also stand as a testament to Granada’s renaissance past. The city has been home to Iberian, Roman, Jewish, Muslim and Christian communities, all of which have left their own distinctive stamp on the city.

Enlace
Read about the UGR at present
Share this