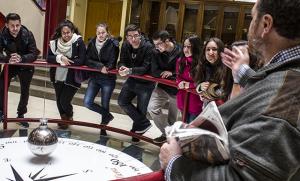 As such, the institution that we know today as the University of Granada is the result of the adoption of the University Autonomy Act of 1983. The UGR is currently ranked among the world’s leading higher education institutions, classified by the Shanghai Academic Ranking of World Universities as the 326th best university in the world.

The UGR vows to remain a university open to all, regardless of culture, creed or personal beliefs, and is fully committed to pioneering research, innovation, and delivering world-class education.

During the final decades of the 20th century the University of Granada underwent some important changes. Following Franco’s death and the subsequent decentralization that ensued throughout the country, the Junta de Andalucía (the Regional Andalusian Government) began to govern and fund the UGR. The Andalusian government’s policy of opening up higher level education to all, allowed the University to expand significantly, and broke with the elitism and exclusivity which had previously characterized the University.

However, the University managed to overcome the decadence of this era, restoring its previous institutional model, a move which allowed it to regain prestige. During this period the first botanic garden (still present) was established for medicinal purposes at the University. The creation of these gardens would later herald the methodical application of the empirical sciences to a wide range of academic disciplines. During this epoch, the study and teaching of scientific disciplines such as chemistry, physics, and medicine took off at the UGR.

The Moyano Law of 1857 led to a general reform of academics in Spanish universities, and was characterized by considerable state intervention in university affairs. These centralized state policies affected the University of Granada right up until the demise of Franco’s dictatorship in the late 1970s.

In this period the rectors were: 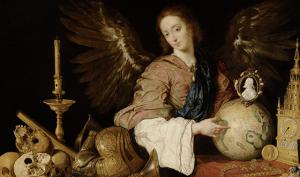 In this period the rectors were:

During the 1500s and early 1600s the University of Granada thrived, growing significantly both in power and in prestige. Numerous university buildings were constructed throughout the city and knowledge areas such as the arts and humanities were introduced. The University became one of the most important learning centres in Europe, attracting scholars from countries around the globe.

The rectors in this period can be consulted in http://archivo.ugr.es/pages/trabajosdocumentos/rectoresxvi

The arrival of Emperor Charles V to Granada in 1526 marks a significant point in the history of the University of Granada. During one of his visits to Granada in 1526, Charles became alarmed by the fact that the city had, in practical terms, been deprived of its main educational centre and its libraries. Consequently, he founded the Colegio Imperial de San Miguel and the Colegio Real de Santa Cruz de la Fe, which would become home to twelve students and a rector. Additionally, another building was also constructed to accommodate one hundred Moorish students, a measure designed to speed up the assimilation process of the Moors from the Kingdom of Granada into the new political and religious order. Initially, just four teachers were entrusted with the task of teaching the disciplines of logic, theology, cannon law, and grammar.

The University of Granada was officially founded in 1531 by means of a Papal Bull issued by Pope Clement VII. It was thereby granted the same privileges, faculties and legal status as the universities of Bologna, Paris, Salamanca, and Alcalá. 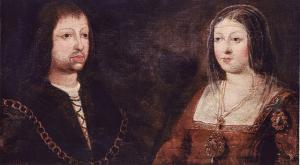 The Madrasah was replaced by an ecclesiastical college called San Cecilio, founded in order to facilitate the religious and political integration of Granada’s predominantly Muslim and Jewish communities into the Catholic Monarchy. Its creation was prompted by the Catholic Monarchs and its legitimacy was promoted by means of Papal Bulls granted by Pope Innocent VIII. 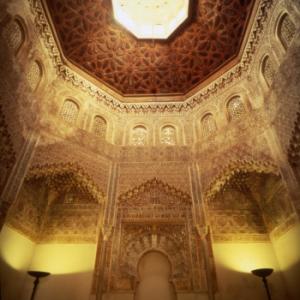 The University of Granada dates back as far as the Middle Ages with the founding of the Madrasah Yusufiyya in 1349 by Yusuf I, the Sultan of Granada. The Madrasah Yusufiyya was a type of Arabic University where subjects such as medicine, calculus, astronomy, geometry, and logic were taught. With the surrender of Granada in 1492, and its subsequent annexation into the Kingdom of Castile, the Madrasah, seen as a powerful symbol of the Nasrid Dynasty, was destroyed. Along with the Madrasah itself, most of the ancient manuscripts and texts contained in its library were burnt in a bonfire ordered by Cardinal Cisneros and held in Bib-Rambla square in the centre of Granada.