The latest studies of the archaeological site at Orce (Granada) reveal that the earliest settlers of the European continent, some 1.4 million years ago, developed innovative techniques that were not used again until 400,000 years later

The results were recently published in the prestigious journal PLOS ONE

A new study within the ‘ProyectORCE’ research project—headed by Juan Manuel Jiménez Arenas of the Department of Prehistory and Archaeology at the University of Granada (UGR)—has revealed the complexity of the behaviour and the highly-innovative character of the human groups—hominins, the oldest on the European continent—that once inhabited Orce (Granada).

This study, published recently by the prestigious scientific journal PLOS ONE, reveals that the humans who inhabited this area of Granada 1.4 million years ago used highly-innovative techniques to manufacture their stone tools—techniques that would not be used again for another 400,000 years. In other words, as the authors explain, “this region can be considered the ‘Silicon Valley’ of Prehistoric times, because it was a driver of technological progress in which a visionary technology was developed, way ahead of its time.”

The investigation was led by Stefania Titton, of the Catalan Institute of Human Palaeoecology and Social Evolution (IPHES), and was funded by the Ministry of Culture of the Autonomous Government of Andalusia, the Junta de Andalucía.

Orce, a never-ending source of surprises

The archaeo-paleontological complex at Orce has not only revealed, once again, its immense heritage and scientific potential: it was also at the technological leading edge during the Prehistoric period, going back some 1.4 million years. Specifically, the study centred on the Barranco León site, where the oldest human remains on the European continent have been found. Now, thanks to this latest study, it has been shown that this human population was much more innovative than previously thought.

Scientists have always believed that, in the most distant of Prehistoric times in Europe (1.4 million–1 million years ago), the known material culture (lithic technology) consisted of little more than lithic flakes with sharp cutting edges, used to cut up animal carcasses to provide food for humans, and more blunt stones (percussors, to strike like a hammer) to shape other rocks and split open the bones of herbivores to access the bone marrow, which is rich in fat and other nutritional substances that contributed to brain development. These early tools are known collectively as Oldowan.

It was thought that only in later periods did more standardised and carefully-honed stone tools flourish. Examples include so-called spheroids, which are associated with the Late Oldowan (1 million years old) and bifacial tools or hand-axes, typical of the Acheulian (which emerged in Europe 800,000 years ago). The discoveries at Orce now demonstrate this was not the case.

Spheroids, the ‘futuristic stones’ of Orce

The PLOS ONE article focuses on spheroids, a special type of tool that, in the case of our continent, is found in some lithic assemblages of the Late Oldowan and, above all, the Acheulian. At Barranco León, at the dawn of the European Oldowan, seven of these spherical artefacts were found, which suggests the presence of complex operating schemes resulting from an intentional ‘configuration’.

“Thus, we can think of the spheroids of Orce as comparable to the famous inventions of Leonardo da Vinci—designs emerging out of a visionary and privileged intellect centuries before they could be manufactured. But, unlike da Vinci’s, the ‘futuristic stones’ of Orce were physically produced and have survived up until the present day,” observes Juan Manuel Jiménez Arenas, co-author of the research.

From the stone to the mind

The presence of spheroids suggests that the humans of Orce possessed the ability to make complex mental maps. They consciously chose the raw material based on the type of tool they were looking to make, and, more importantly, they developed relatively standardised size routines. This indicates, from the point of view of cognitive abilities, a preconceived idea of ​​the final product; and, from the perspective of motor skills, it points to an organised hierarchy in the different knapping (shaping) actions. These are not tools fashioned largely on the basis of chance: the different blows applied to make them are quite precise. In the same way that Michelangelo approached his sculptures in the Renaissance, the humans of Orce simply removed what was extraneous from the rough cobbles.

One of the techniques used to characterise these unique tools is to locate the precise impact points made on them, the direction of the removals and the relationship between them. This technique is known as ‘diacritical drawing’. Another technique is 3D virtual reconstruction of the spheroids to perform high-precision measurements. It was found that each of the blows was executed following a strict pattern.

“Orce is well-established as an outstanding archaeological site that is fundamental to our understanding of the behavior of the earliest humans on the European continent. The Canadian novelist, archaeologist, and anthropologist Steve Erikson said that “the future [of Orce] only promises one thing: surprises,” and we hope this proves to be true. Rather like Silicon Valley, but the Prehistoric version,” says Jiménez Arenas.

This study was possible thanks to the collaboration of archaeologists from IPHES, Tarragona (StefaniaTitton, Deborah Barsky, Josep Maria Vergès and Robert Sala-Ramos), the University of Granada (Alexia Serrano-Ramos, José Antonio García-Solano—currently teaching at the University of Seville—and Juan Manuel Jiménez-Arenas), University College London (Amèlia Bargalló), and the Provincial Archaeological and Ethnographic Museum of Granada (Isidro Toro-Moyano). 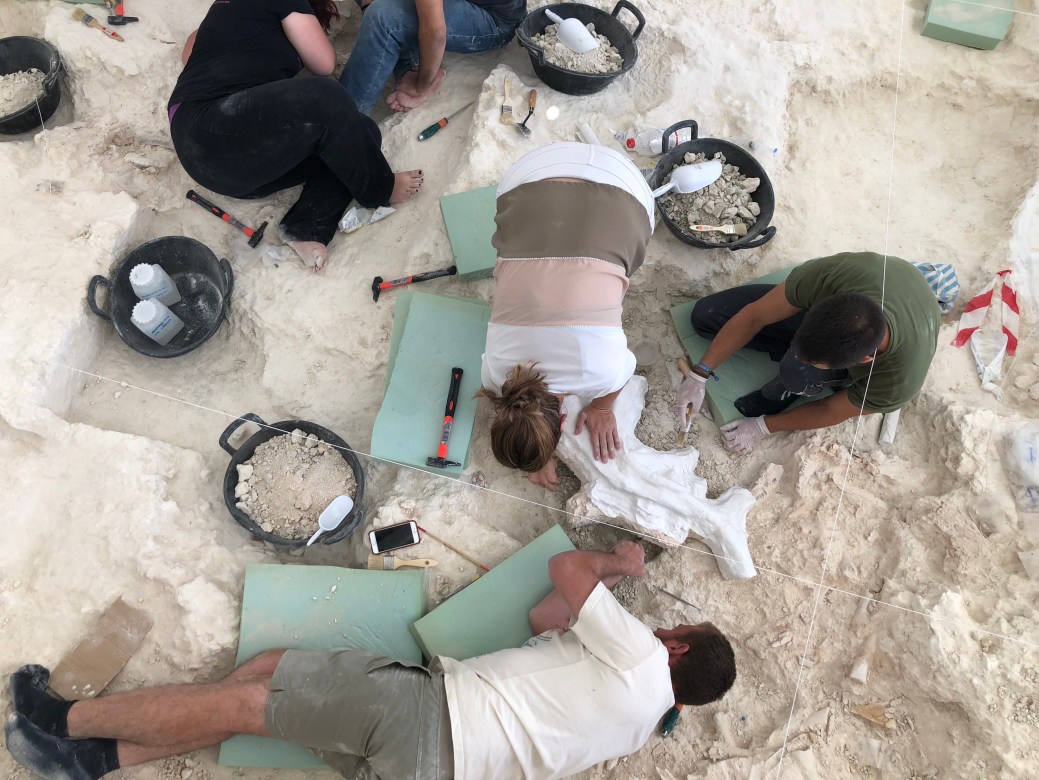 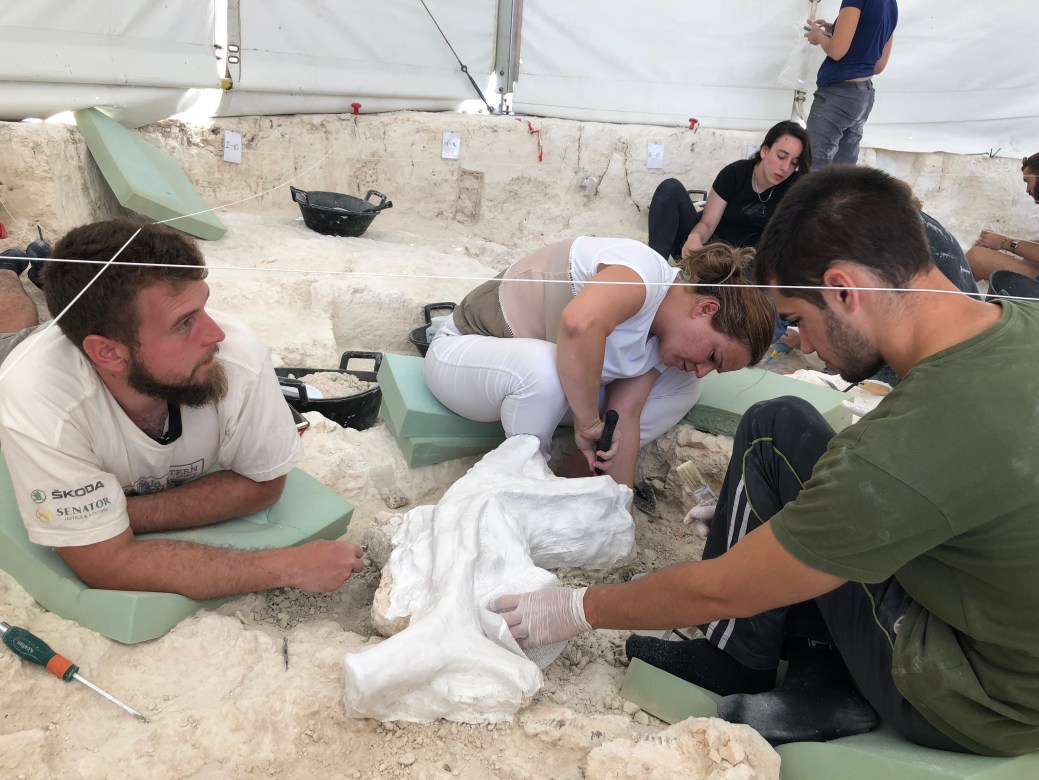 Department of Prehistory and Archaeology, University of Granada